Artistic Endeavors
David and Sybil Yurman's jewelry line and family business stem from their shared love of sculpture and painting.

Every night, an 11-year-old David Yurman used to page through a library book about the cave paintings at Lascaux in France. "I kept it under my bed," David says. "These beautiful paintings by cavemen were so brilliantly executed and inspiring." Yurman never returned the borrowed book that influenced his life's work. "Art is so ingrained in us," he reflects. "Basically, that’s what we do today with our jewelry—we tell a story with things of beauty."

By the time David Yurman entered high school, he was creating small bronze sculptures with torches in his family garage. In the 1960s, he apprenticed at the studios of the sculptors Jacques Lipchitz in Hastings-on-Hudson, New York, and Theodore Roszak in New York. "I learned by example, doing what they did. At the same time, I was exploring, experimenting, looking for my voice," he says.

While working as a foreman in Hans Van de Bovenkamp's New York studio in 1969, David met his wife-to-be, Sybil. "I saw this creature with black hair, like Cher," David recounts. "She had on boots with bells and red laces. She’s wearing a poncho on top of a poncho. I was just smitten with her. We connected through our love of art." 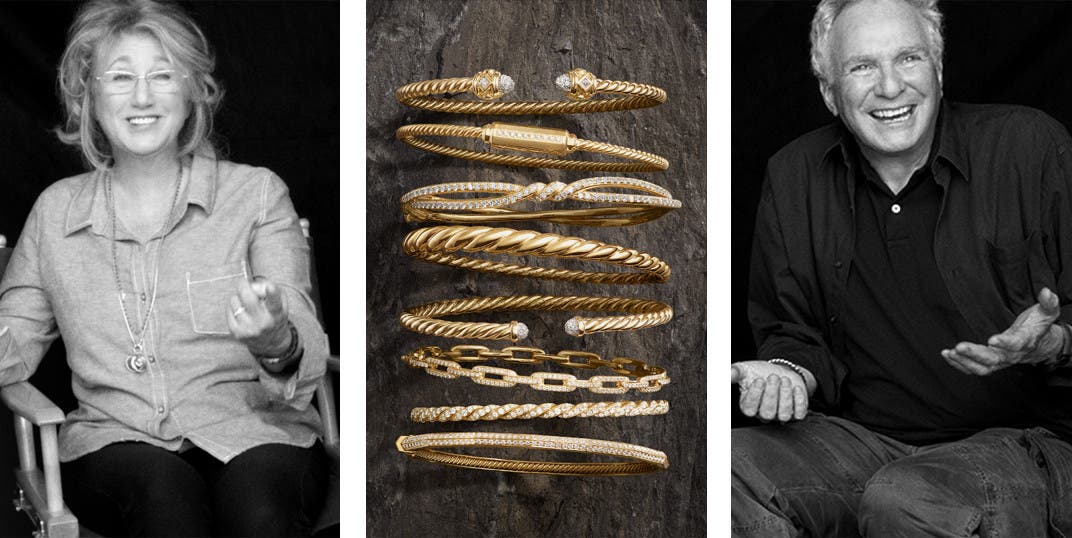 Sybil was a mixed-media painter, working in pastel, paint and graphite. "I began doing Sky Markings [a series of paintings] at that time when I was living in Martha’s Vineyard," she says. "I painted little clouds in soft colors inspired by the open fields and the beach by the water. There were also Xs in my paintings that became the Xs in our jewelry." Several of Sybil's Sky Markings paintings still hang in the Yurmans' home, along with pieces by friends, African art and ceramics.

Sales of Sybil's paintings helped finance the couple's initial foray into jewelry making. "We never set out to start a business," Sybil recounts. "David and I just wanted to work together, making beautiful things. We really liked painting, drawing, sculpting and showing each other what we were doing throughout the day. When we began making jewelry together, I worked on the color palette. That’s how we started." "It’s been one long art project," David adds.

The Yurmans' son, Evan, 36, a trained blacksmith, also entered the family business. "Evan has been designing with David since he was about 10," Sybil says. "He would sit with David, who would sketch at our table at home." The couple speaks with parents' pride about the impact their only child, now chief creative officer, has had on the company, especially their expanding men's collections. "In all honesty, our women’s business was so big and growing so fast that I didn’t have the chance to focus on men’s," David says. "Evan wanted to take it under his wing. We gave him the opportunity and it’s been very successful." The David Yurman men's wedding collection is now available at Nordstrom. 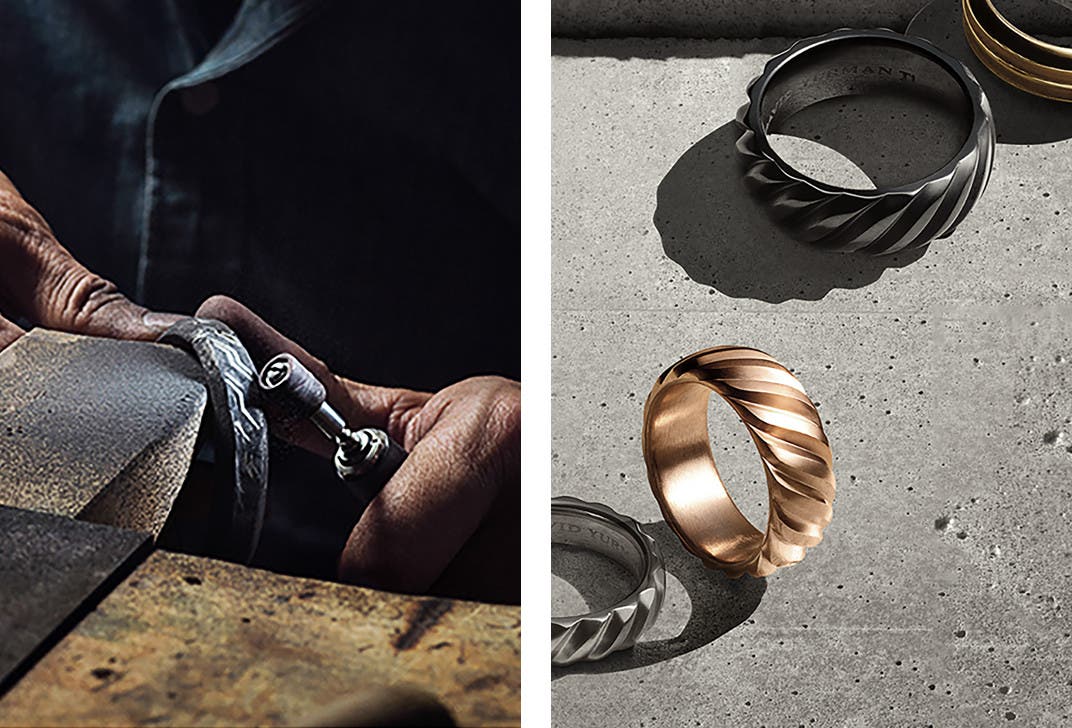 The three family members work closely on designing the collections, valuing the artistic feedback and intimacy that come from their shared artistic heritage. "We collaborate on everything, responding to each other’s creative ideas throughout the process," says Sybil. "Often, we don’t remember who initiated a design. It doesn’t matter—we go back and forth," adds her husband.

Undoubtedly their greatest work is what the Yurmans have built together over the years, forged by their deep bond, mutual regard and artistic integrity. "Legacy is knowing what you have and knowing how to nurture it," David says. "It’s not all about you—it’s about beautiful design. That’s how we create our vision."