"We're making shoes to dress ourselves," says Moti Ankari. "People follow us because they trust our sense of style and trust us to curate a collection." Ankari cofounded the shoe brand Ankari-Floruss three years ago with Marcel Floruss. "Marcel is one of my best friends," Ankari says. "Together we can really kill it." Floruss agrees. "We rarely butt heads," he adds. "We tend to always be on the same side when it comes to creative decisions."

Both guys are top-tier menswear influencers. Ankari started The Metro Man blog while still at New York's Fashion Institute of Technology, where he met the German-born Floruss, who followed suit with his own suite of social media channels, One Dapper Street. Together they have over 600,000 Instagram followers who tune in there or on YouTube for their latest style tips or to just crib their outfits directly. Many assume being an influencer is easy work. But the guys readily object to this. "I have a friend that makes fun of me over it," Ankari says. "He doesn't understand the dedication to curate an Instagram feed. Think of a photo shoot: we have a photographer, a director, the model, styling, all of that, and we have to basically act as all of those to create one photo. We're not a magazine, but we reach as [many people] as a magazine." 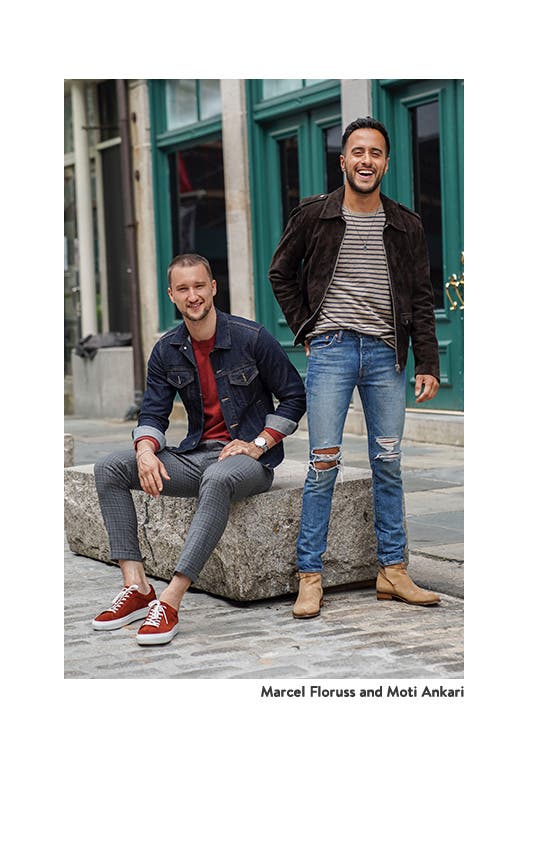 The foundation of their footwear brand is the "7 Day Concept" where classic shoes are assigned a day of the week—a sneaker for Saturday, a Chelsea boot for Wednesday. "Fashion is changing and is becoming more casual and street, and less dressed-up," Floruss says. "We just want it to be easy." Crafted in Naples, Italy, until now the shoes have only been available online. This season they are debuting at Nordstrom. "I'll be there the day that they are on the floor," Floruss says. "I'm beyond stoked."

Ankari: "I wear them with a wool suit, and I've also worn them just casual with cargo pants and a sweater or jeans. It's such an easy and versatile shoe. I wore those boots the most throughout the season. Mine are so beaten up and I love the way they distress—it adds so much character."

Floruss: "I wear them a lot with jeans or with chinos for more of a put-together, elegant vibe. But a pair of ripped-up jeans, that you just cuff up once or twice, can really show off the boot. It was our 'Sunday' when we first released it. It was supposed to be what you wore on a Sunday. You can dress it up, if you have a Sunday brunch, but you can also actually go hiking in them at sundown." 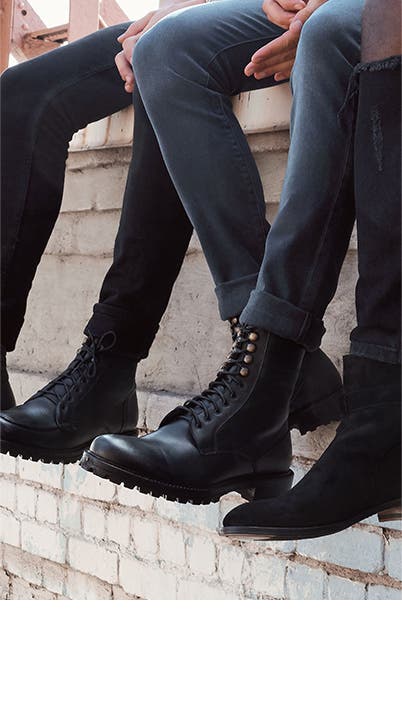 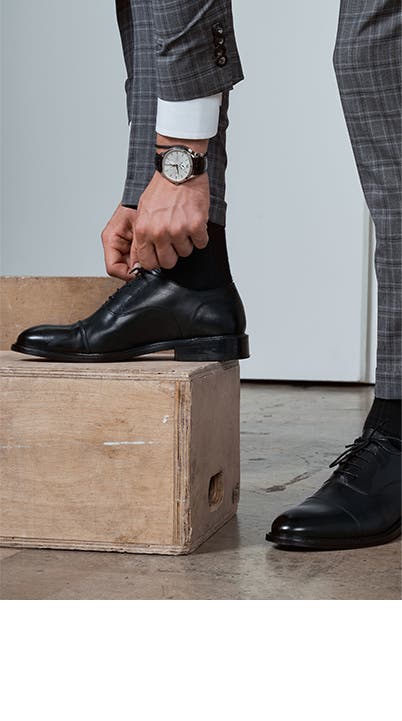 Floruss: "I love wearing them with a pair of raw denim jeans and then maybe pick up the elegance with a blazer and keep it casual with a polo shirt."

Ankari: "We wanted a more rounded toe. You always need that one shoe to dress up a bit. And you could also wear it casually with nice dressy denim and a button-down. It's just so versatile."

Floruss: "There's a big difference between an athletic sneaker and a dress sneaker. We try to keep them as minimal as possible so that you can wear them easily, not only with your workout clothes, but with a suit." 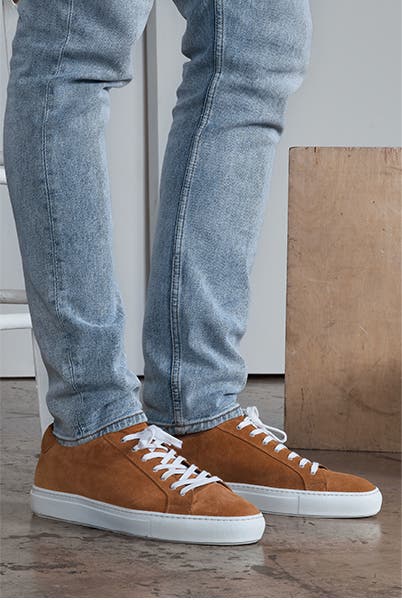